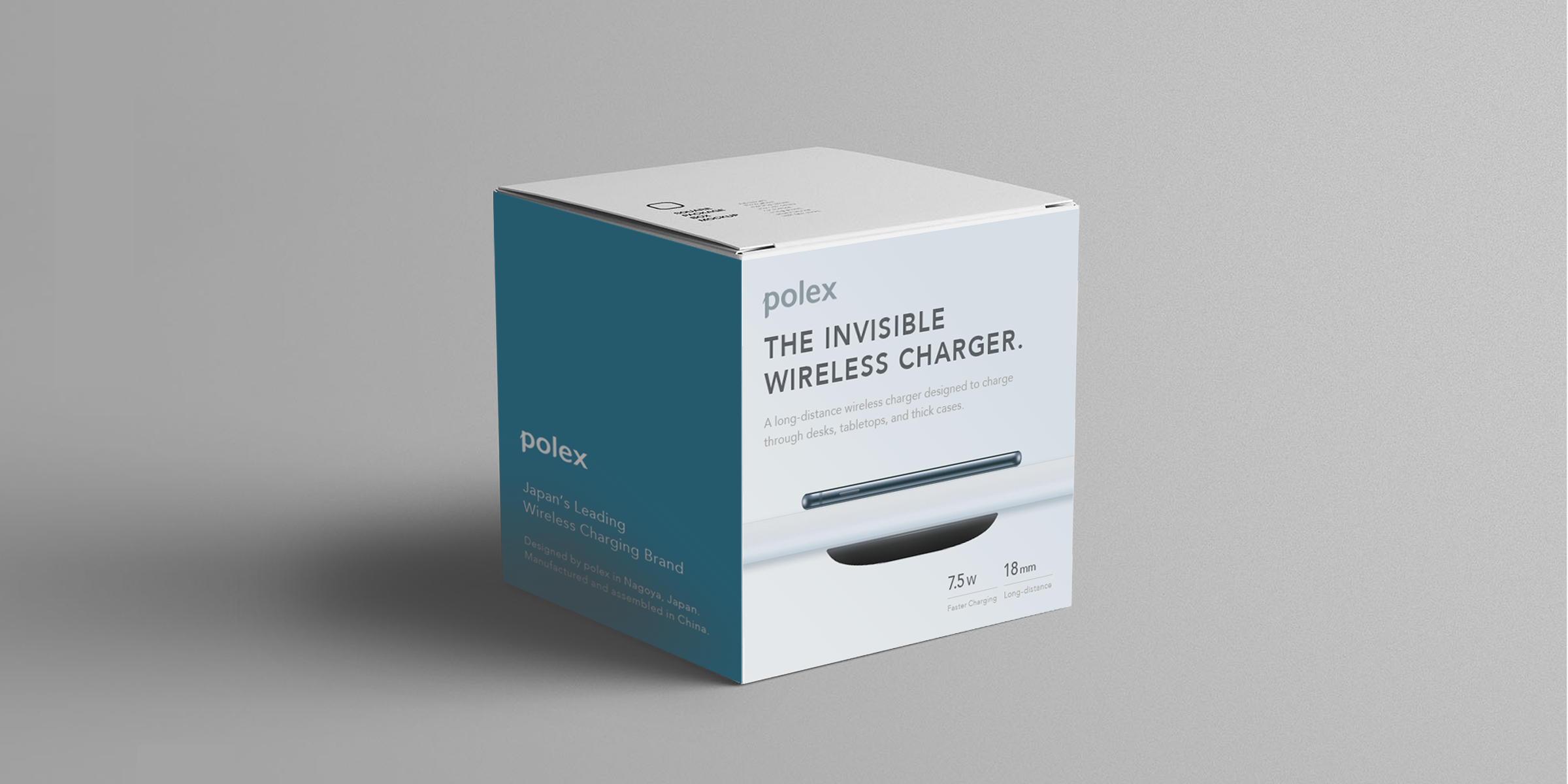 I designed an Invisible Wireless Charger. This product is designed in Japan. And manufactured and assembled in Shenzhen, China. We are planning to sell in Southeast Asia.

The theme was “Making one’s living environment stylish”. And we focused on Wireless Charger. The beginning of this project, We were planning to sell for coffee shop in Japan for improve the user experience.

But then we got a new hypothesis by a sales rep. It is good to sell to consumer in Southeast Asia rather than coffee shop. Because so we are testing this hypothesis.

By sticking this charger under the desk, you can charge your phone only to put it on the desk. Your desktop becomes clean. This charger is More stylish New Charger.

And we take in Qi standard which is international standard. Because so this charger compatible with most smart phone such as Galaxy, iPhone and LG.

It took 2days to make this.

1. The skin fits in living environment

I thought that one of important thing is hinder from existing, don’t let it stand out curiously. Because so I imagined a black garment and chose a black color.

About the seal on the desktop, it is necessary to clearly indicate center point. Because it isn’t able to charge if it takes leave from center point.

I designed it considering following 3 points.

This product, used in life, is necessary to fit in living environment.Flat code makes wiring stylish such as letting it follows legs of a table or wall and letting it passing under a carpet.

The first prototype was a column. It is difficult to recognize the front.

Then by being an arc the lower part, grab it fitting in hand, user can recognize intuitive that it is good to attach as it is. (Affordance)

As you can see the Apple’s package design, consumer are literate in the present day. So I thought that it is unnecessary to explain a lot about the product. I kept the text to a minimum and prioritize minimal style over explaining a lot.I guessed that the people who wants “Stylish” want this product. So I focused on it.

About the share rate of smart phone in a country we are planning sell this in, Android is 82% and iOS is 16.13%. In Android, Samsung is 28.17% and this is most commonly. I thought that using most commonly item as example of use makes users feel at ease. So I drew a phone using Galaxy, Main models of Samsung, as reference. (Photoshop)

In an electronics retail store I want to let it attract customer’s attention. So I painted the side blue. When customer come on foot in front of the rack, there is this product, let the customer leave an impression.

“polex” comes from a polar explorer.

At the end of the 19th century, the expeditions of this era, called the Heroes of the Antarctic Expedition, were all trials in which the limits of strength and mental strength of the members were tried, and sometimes they exceeded that limit.

The expeditionary pioneers were later referred to as ‘heroic’ in recognition of their overcoming difficulties. There were many people who could not return from exploration. These explorers are not just as scientists or seafarers in people’s memories. Scientists are objective and calculated, boaters are poets who are not cleansed in the wild, and beyond the frame of a storyteller, It is remembered as a photographer and artist.

It may be like a kind of test to start a new business in a modern world full of things and chaos. Not a scientist (only to think) or a sailor (only to act), let’s be an “explorer” who overcomes the difficulties and keeps searching for new technologies and challenges.